Map of the Duchy of Saxe-Huack

After the Peace Conf. of Furth. 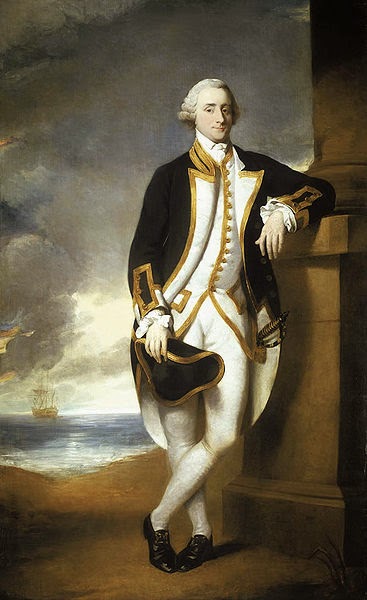 An early portrait of the Lord Protector. Note his huzzahness.

Ancient and Honorable Order of the Tankard

Awarded by the Reich Duchy of Beerstein

The Order of the Lion 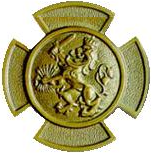 Awarded by the Duke of Indur

Order of the Goblet

Awarded by the Reich Duchy of Beerstein 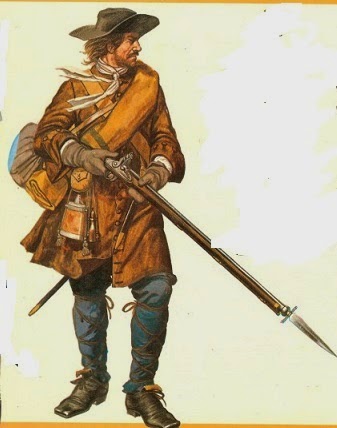 Professor of Natural History at the University of Huack. 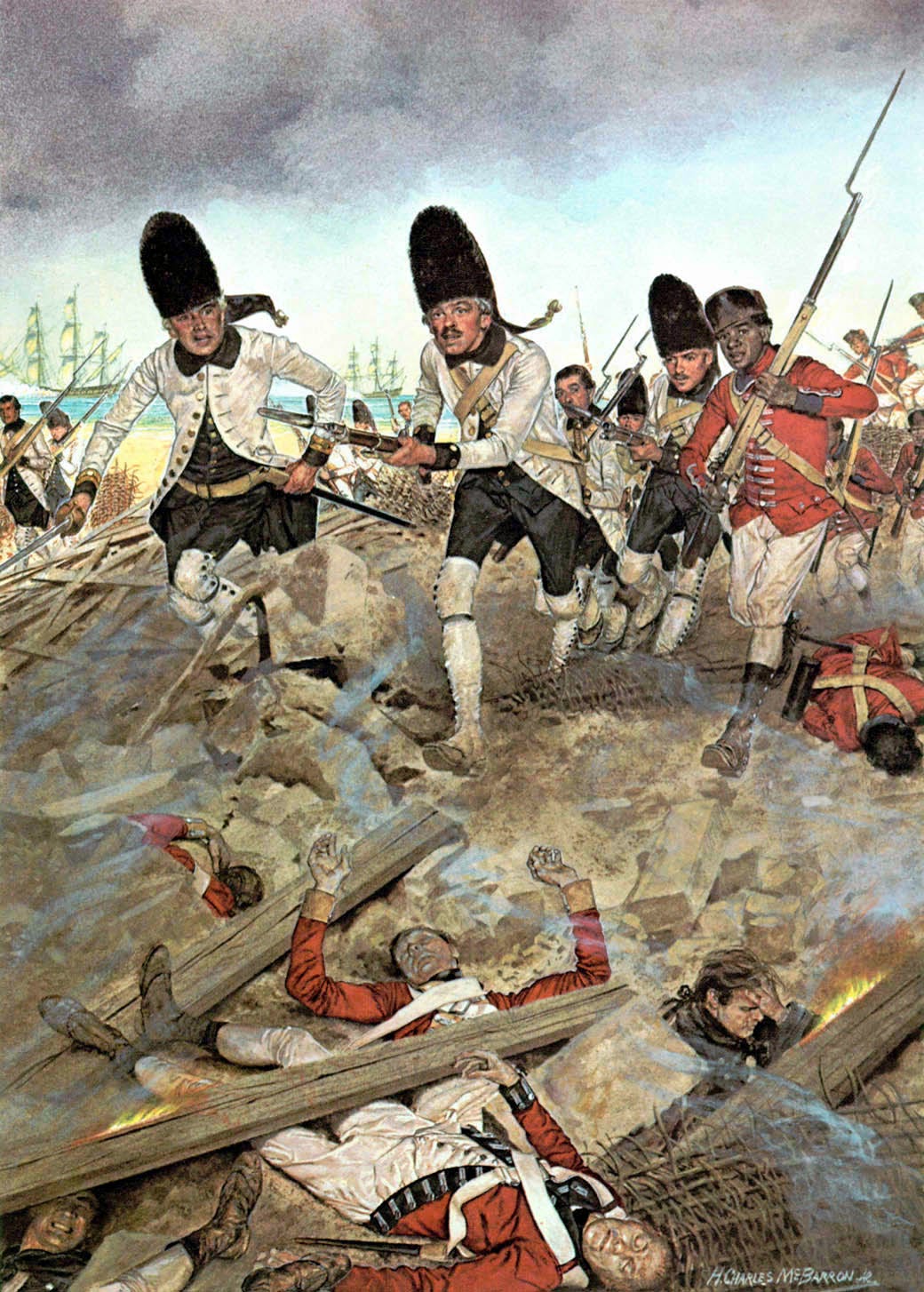 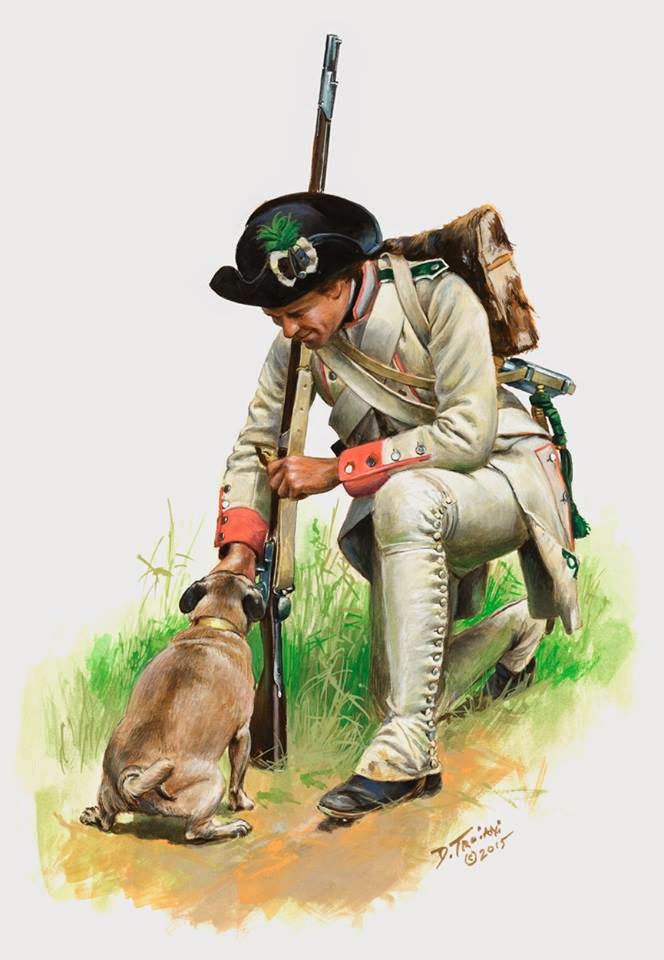 I've decided to restore this blog and continue to chronicle my 15mm imaginary SYW battles here.... when I have them.
Posted by Auston Jeff Butler at 7:34 PM 3 comments: 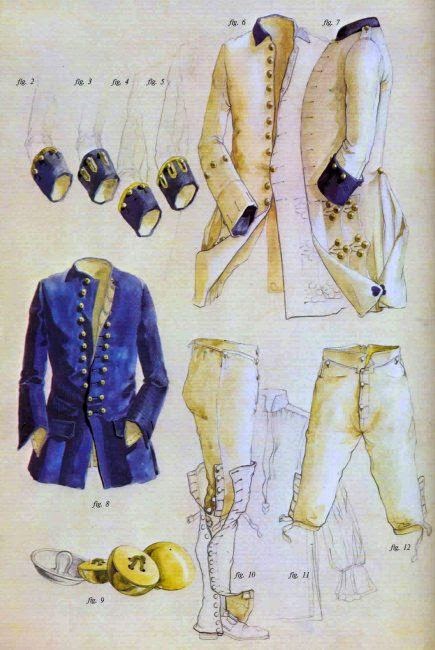 Posted by Auston Jeff Butler at 8:24 AM No comments:

Emboldened by his new veteran army and desiring to see a return of Bittburg lands captured by Saxe-Huack, Albert Brendel, General and Lord Protector of Bittburg invades southern Saxe-Huack with the aim of taking back the towns of Lentz & Freihauble both of which had been lost to Saxe-Huack just months prior to the outbreak of the SYW. General Brendel knew his army would be outnumbered but he would depend upon his armies experience and his leadership to win the day. 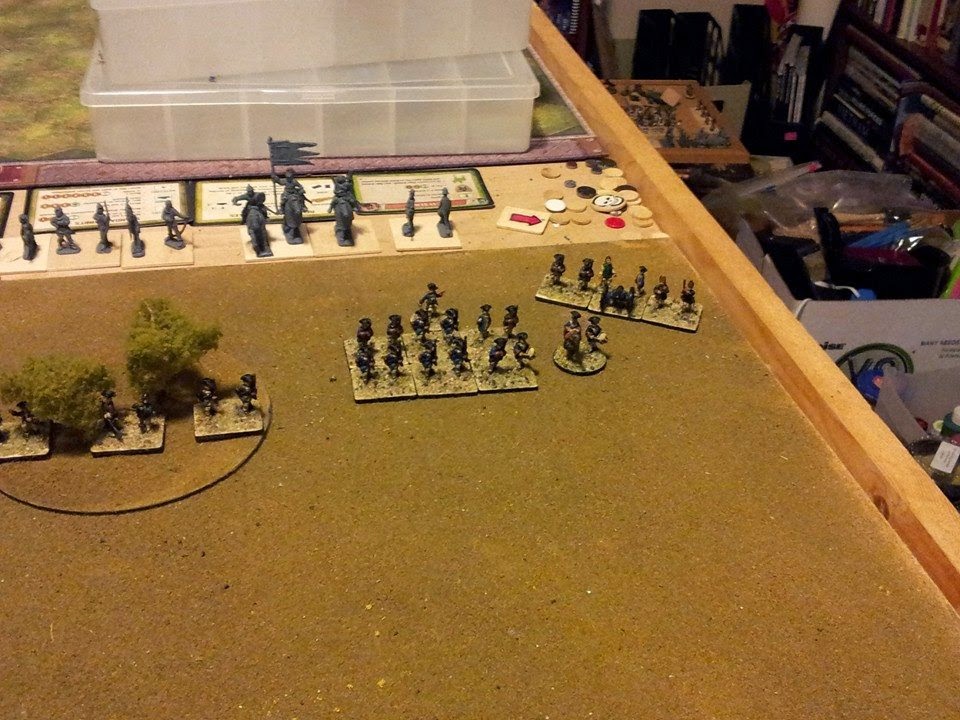 At Fortenbras Palace the Duke and the Royal General Staff learn of the defeat of their largest brigade and the unfortunate death of its commander with no small measure of bewilderment. However Marshal Prince Albrecht is quick to react and promotes Manfred Paulus to Colonel and gives him command of the newly formed, at least on paper if not in reality, Southern Brigade. Colonel Paulus is to round up the survivors of Colonel Kleists brigade and augment them with fresh troops and troops from other Royal Army units. Upon reaching full brigade strength he is ordered to march south and destroy the enemy.

I was as surprised as some of you may be as to the outcome of this battle. My new wargame rules are coming along nicely. No headaches from tedious small math done over and over. Clear mechanics and gameplay though things were a bit slow at first as this was my first BIG playtest.

Also I am so happy that I took the time to rebase my two forces. I love the look and the fact that it allows me more complete forces to field.  I have more troops coming for both sides, in fact after posting this I am going to go scrub them down to remove the old paint from them.
Posted by Auston Jeff Butler at 11:59 PM No comments:

Here is a picture of my Bittburg force rebased and ready for battle. I do have some expansions in mind for it to bring it up to about 20 units or so. I am so glad I heeded Mr. Bob Cordery's advice to "Keep your armies small." My current basing goes as follows. All bases 1" square except officers, baggage and BUAs. Officers based on skirmish bases, pennies for captains and a quarter for the general (he has more cents.)(sorry.) 2 foot soldiers per base except for skirmishers at 1 per base. 1 cavalry per base.

I have the future additions out in the garage now soaking in "Simple Green" to remove their old paint. All my SYW minis were purchased cheap and second hand, most were broken (i.e. no bayonets, some broken horse tails.) and had been painted with no primer.  The future units include more guards, cavalry, one more militia and muskets.

Posted by Auston Jeff Butler at 1:25 AM 2 comments:

On Being a Gentleman... 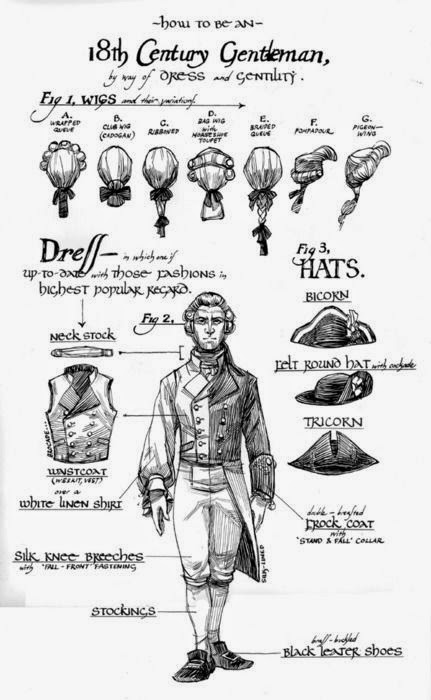 Posted by Auston Jeff Butler at 5:15 PM No comments:

I have finished rebasing my fictional armies for the new wargame rules I am developing based on my Brigadier General wargame. Unit base sizes are 1" square with the DSH baggage camp on an 1.5" square base. All these bases are pre-made wood pieces bought at Hobby Lobby in small bags. Each bag comes with 135 pieces for $2.99 retail but you can always slap their 40% coupon on that. As you can see the Bittburg Army is smaller but has enough to field a good game. I am in the process of cleaning up some old models to add to them. The models on the round bases are officers with the larger base holding the general and the smaller bases holding captains. The square bases with a single foot model are skirmishers. Units in my new game are thus far Army General, Captains, Muskets, Guard, Cavalry, Artillery, Militia, Baggage and Skirmishers. Nothing fancy and very abstract.

With the Treaty of Hubertusburg signed those forces of Saxe-Huack and Bittburg involved in the Seven Years War returned home. The result on the homefront from the war for both these countries was pretty much the maintenance of the status quo. The only noticeable changes are that both states now have militaries with hardened veterans and that General Albert Brendel has become the de-facto ruler of Bittburg placed into power by his army with critical acclaim from the populace. The Bittburg Revolutionary Council had little choice than to declare him "Lord Protector of the Union of Bittburg." His first act was to dissolve the hated Revolutionary Council. The Lord Protector prefers his own advisors.

In Saxe-Huack there was some loss at the top with Generals von Bach and von Vorbeck being killed in the war along with Colonel von Brach formerly of the Grenadier Guards. Upon the armies return to home Duke Augustus makes his son Crown Prince Albrecht, the new rank of Marshal of Saxe-Huack and the new commander-in-chief of the Royal Army and Royal Navy as well as the head of the Royal General Staff. Duke Augustus has made all matters military the Princes responsibility. The first act of Marshal Prince Albrecht was to reestablish the Leib Grenadier Guards to protect the Royal Family and Fortenbras Palace.

I have my 15mm forces for both sides rebased from their former DBx basing to new 1" square bases based upon my new homegrown rules. The command elements for both sides have been shrunk and placed on skirmish size round bases as they can move about to enhance or rally their army.

Saxe-Huack now has 3 full regiments of infantry. 1st Huack Regiment (line troops) the Grenadier Guards and the Jaeger Regiment.  Cavalry models are in the process of being prepped for painting. I will post pictures of the forces once I've completed flocking their new bases. I believe these changes as well as the fictional changes will allow the grittier campaign feel I've been longing.
Posted by Auston Jeff Butler at 12:23 PM No comments: 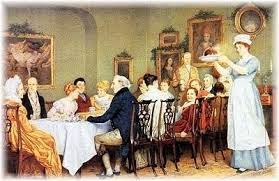 Their Majesties the Duke & Duchess of Saxe-Huack would like to extend their warmest wishes for a happy holiday to all. Frohe Weihnachten.
Posted by Auston Jeff Butler at 8:47 PM No comments:

Fortenbras Palace, City of Huack.  His Excellency the Count of Bragdenburg-Gotha arrived by stage coach from Berlin. The Duke and his court, along with the Crown Prince assembled to greet him on the palace steps at Fortenbras.  "My Lord", exclaimed Duke Augustus with a smile which was followed by an equal measure of respect from the Count, "Your Grace" he said.  After exchanging greetings and nodding for the servants to see to the Counts luggage and men the nobles retired to the Dukes library.

"What news from Berlin, my Lord?" asked the Duke.  "Grave news I'm afraid." Said the count.  "Austria?" inquired the Crown Prince.  "Yes." came the reply.  The Count continued, "Austria has signed an alliance with France and Saxony against us.  The King wants you to end this annual war you have with Bittburg, at least for the time being, and help secure his Western flank from the French.  I travel to Bittburg tomorrow with the same orders.  Both sides will return their troops to their pre-war borders, recruit more, and muster your men to await further orders from Berlin."

The Duke did not like having regal interference from Berlin, and this was the second time he was ordered to end his operations against the rebels in Bittburg.  However the Duke knew what he had to do and thus said "Of course.  Tell the King he has our everlasting loyalty."  "It's your army he wants." smiled the Count.  "And your son." he said while turning to face the Crown Prince.  "Prince Heinrich wants him back as his adjutant for the duration of the war. If you can spare him?"  Before the Crown Prince could speak Duke Augustus broke in and said "I need him here.  He is one of our military commanders now and I have no one, at present to replace him with. Perhaps in time I could send him back to Berlin but at present it appears I will need him to command men in battle against the Kings enemies."  The Count nodded and after further discussions, wine and pipes Duke Augustus summoned General von Vorbeck, send word to our soldiers at once, to end their operations and return home immediately."
__________________________________________
I contemplated switching this campaign from 15mm to 10mm and expanding to a greater force on the table.  However as I have yet to complete my 15mm armies I decided against this.  Instead of incurring more expense and time spent painting new armies all in a new scale I will keep 15mm and add more to it.  I want a grittier feel than what my ficitonal campaign against Bittburg is giving me.  So I think it's time to actually begin the SYW in earnest.  Now with that said let me be clear SYW with imaginary forces.  I will be swapping out some of my current forces for others and probably rebasing all of them.
Posted by Auston Jeff Butler at 12:34 AM 1 comment:

With his regiment in disarray following the battle of Lentz Major Haus rallied what troops he could and moved them south to join with the main army of the Freistadt.  This left Freihauble an open town.  The first Saxe-Huack elements to arrive were the Royal Grenadier Guards, whom found no resistance aside from hateful and fearful glares.  Colonel Kleist setup his HQ at the local tavern the Agile Rabbit.

Upon hearing the news of the Munchhausen Brigade's victory in Lentz and their continued advance in Northwest Bittburg, Duke Augustus discussed plans with his council to raise Colonel Kleist as Franz von Kleist, Baron of Lentz.  This is of course would be dependent upon the Royal Army's completion of a successful campaign and the secure addition of the Lentz territory to the Ducal Estate.

Further Colonel Kleist recorded in his letters to General Vorbeck that the conduct of the Grenadier Guards under Captain Werner Brach was excellent and courageous.  General Vorbeck passed this on to the Royal General Staff at Fortenbras Palace resulting in Captain Brach's name on the list for future regimental commanders.
Posted by Auston Jeff Butler at 3:41 AM No comments: